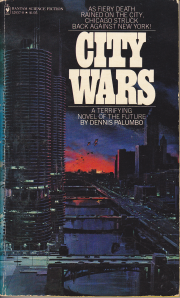 For decades after the great wars, Chicago re-armed to defend what was left. Never knowing when an enemy city would strike.

In a world obsessed with fear and violence, Cassandra and Jake were programmed to kill. Neither had ever experienced love.

Now they were drawn together on a combat mission against New York…a city where no human was left alive.